The Queen of Cards is a character in the video game Final Fantasy VIII (FF8) who travels between towns searching for opponents to challenge her card skills. The Card queen is a non-playable character and is the master of rules – so much so that any new rule she comes up with is accepted far and wide as it spreads throughout the land.

The Card Queen is a master of the Triple Triad, a well-known card game in the world of FF8 that players play as a minigame. Players can obtain new cards by defeating opponents in this game, and those cards can then be turned into valuable items to advance within the game. This card game has many rules, including trade rules which dictate the number and type of cards the loser must give to the winner of the game.

The Card Queen influences the trade rules and is the only one who can do so. She can even combine them as she is a master of the Triple Triad. The rules differ depending on the town, and since she is the master of rules and has great influence throughout the lands of FF8 she can implement a new rule in the region she’s in. By paying the Queen 30,000 gil, which is the currency in FF8, she will pass a new rule to a region.

ONE: Winner selects one card from the loser. Rank #1.

DIRECT: Players take cards their colour at the end of the game. Rank #3.

Where to find the Card Queen

The Card Queen travels from town to town challenging players, and whenever a player loses or wins a rare card to her she will move to a different region. She can be found first at the train station in Balamb, as well as the following regions:

The Card Queen is part of a side quest in FF8 that encourages players to find rare cards, none of which the Queen has in her possession. In order to obtain each of the rare cards a player must first lose a card to the Queen. Her father, who resides in the town of Dollet, is the card-painter and not only does he possess rare cards but he also creates new cards should you convince the Card Queen to move to Dollet.

In order to get the Queen to move to Dollet, a player must continue challenging her. The Queen moves at random, so there is no way to know where she will travel. Players must continue to seek her out until they come across her in Dollet.

Once a player can locate the Queen in the town of Dollet, where her father resides, the player is able to ask about her father. Once asked about her father, he will use the card a player has already lost to the Queen as inspiration to create a brand-new rare card. These new cards are distributed to the public and then must then be won throughout the FF8 world.

For each card lost to the Queen, her father will create a new card. The cards a player must find are:

The Kiros Card can be found in Deling City, held by a man in black standing across from the shopping arcade.

The Irvine Card must be won by challenging the wife of the Mayor of Fisherman’s Horizon. They can be found in the town square.

The Chubby Chocobo Card can be won in Balamb Garden from a man outside of the library.

The Doomtrain Card is in Timber and is held by the owner of the pub.

In order to get the old cards back, a player must challenge the Queen’s son, who resides in front of the pub back in Dollet. 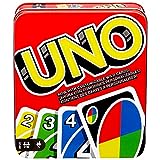 UNO Family Card Game, with 112 Cards in a Sturdy Storage Tin, Travel-Friendly, Makes a Great Gift for 7 Year Olds and Up [Amazon Exclusive]
$10.96
Buy on Amazon
SaleBestseller No. 2 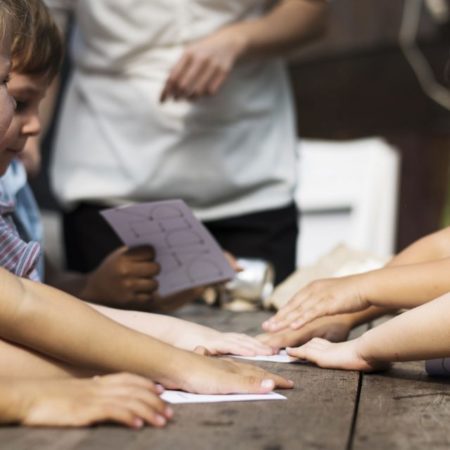